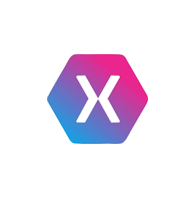 Microsoft released open-source for the Xamarin SDK and that they provided a free tool within Microsoft Visual Studio‘s integrated development environment and Visual Studio Enterprise users will also get Xamarin’s enterprise features.
You can write code in Xamarin tool using C# language and we can use the same code for all three platform of mobiles like Android, IOS, Windows apps with native user interfaces and share code across multiple platforms. Xamarin is the only IDE that we can use for native android, IOS and Windows app development within Microsoft Visual Studio. We are your Xamarin Company. Xamarin has add-ins to Microsoft Visual Studio that helps developers to build Android, IOS, and Windows apps and it provides support for the building, deploying, and debugging of apps on a simulator or a device.

Xamarin.iOS: It is used for IOS app development.
Xamarin.iOS allows us to develop IOS applications using the same UI controls that are available for other platform apps.

Xamarin.Android: It is used for Android app development.
Xamarin.Android allows us to develop Android applications using the same UI controls. except with the flexibility, the power of the.NET Base Library, and two first-class IDEs
1 Xamarin Studio
2 Visual Studio.

HockeyApp: HockeyApp helps you to collect feedback for the app. Xamarin potential and services will also be added to Microsoft DevOps and enterprise development tools offerings, providing a comprehensive solution that spans every phase of the mobile development cycle.

In IT industry, the idea of cross-platform app development is very popular, especially in mobile app and game development. Xamarin is the new standard for enterprise mobile development. No other platform enables businesses to reach all major devices—IOS, Android, Mac, and Windows—with 100 percent fully native apps from a single codebase. Therefore, if you’re planning to develop Mobile Apps or Xamarin solution for your company, we recommend to hire Xamarin developer who is well-versed with the framework.