At last! The wait is finally over! The latest version of Angular is out! 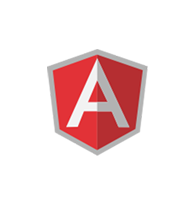 Though there are not a lot of new updates launched in this release, but there are certainly some useful upgrades for Angular front-end developers including improvements to Angular Material and the core framework, CLI with synchronized major versions, and upgrades to the tool-chain. We are your best Angular company 😊

Please have a look on some of the updated features below :-

The CLI will now prompt users as when running common commands like ng new or ng add @angular/material with the intend of getting aid for building a new project using SCSS.

Continuing our focus on performance, Angular Developers at google  analysed common mistakes across the ecosystem. They discovered that many developers were including the reflect-metadata in production, which is only needed in development.

Angular Material users updating to v7 should expect minor visual differences reflecting the updates to the Material Design specification like.

i: Virtual Scrolling: new Virtual Scrolling in Angular 7 basically loads and unloads items from the DOM depending upon visible parts of lists, resulting into a much faster experiences for users having huge scrollable lists.

Improve the accessibility of your application by using a native select element inside of a mat-form-field. The native select has some performance, accessibility, and usability advantages, but we’re keeping mat-select which gives full control of the presentation of options.

Angular owes a huge amount of its success to the community, they updated on many areas like …

All in all, the Angular 7 seems like a far better solution. The Angular development team has certainly done a great job in making the Angular platform better.

Therefore, if you’re planning to implement Angular solution in your project, whether mobile or web, we recommend to hire AngularJS developer who is well-versed with the framework.

Reasons to switch to Microsoft 365